When tagging emails, the lines usually get colored accordingly.

After deactivating all add-ons and adding one after the other again, it seems that activating the Thunderbird Integration for Jira add-on overrides the coloring.

All mails are shown in black and white.

This behavior is not directly inflicted by the but by a change in the Thundebird's own code.

It happened between Version 63 and 64; with all following versions showing this behaviour

The behavior is controlled by the decorator of the main window of Thunderbird itself.

We will try to investigate further and attempt to fix this but since Thunderbird 73 probably needs a completely new Webextension this might not be fixed anymore.

Please enable the column "Tag" in your mailfolder(s) to show the named labels: 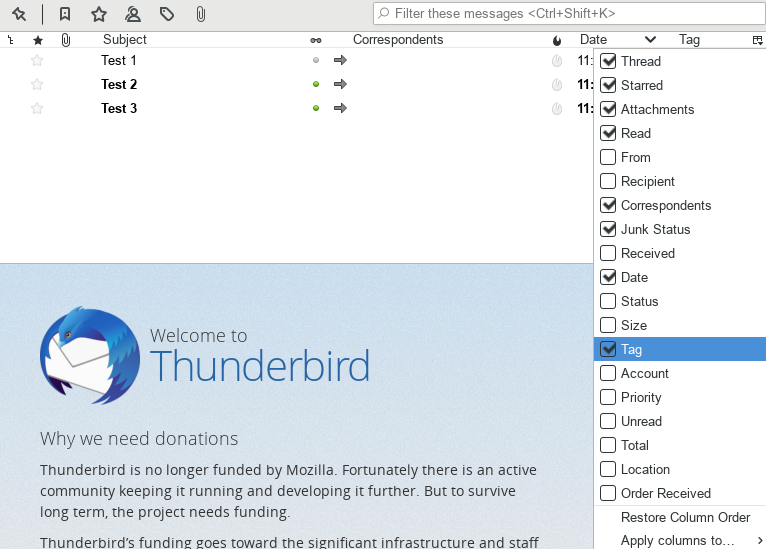